The recipient: the parents W

The craft: a pair of black t-shirts with an appliqued tandem bike – half on one shirt, half on the other. 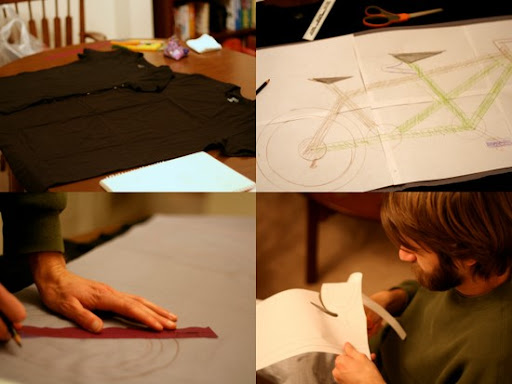 The process: After measuring the combined width of the t-shirts, we drew out the applique on paper, trying to keep it as simple as possible. Once we were happy with how it fit on the shirts, we cut out the pieces and used them as a pattern to cut out the gray cotton “bike”. Lining up the bike parts was a bit of a guess, as we had to estimate the height difference between the parents W to make sure the bike lined up when the shirts were on. Using silver thread, I appliqued the bicycle pieces, and as a finishing touch, added spokes and the chain in thread.

The verdict: A smashing success! 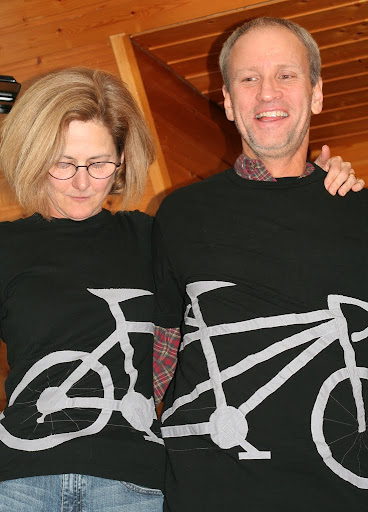 This entry was posted in craft, finished. Bookmark the permalink.